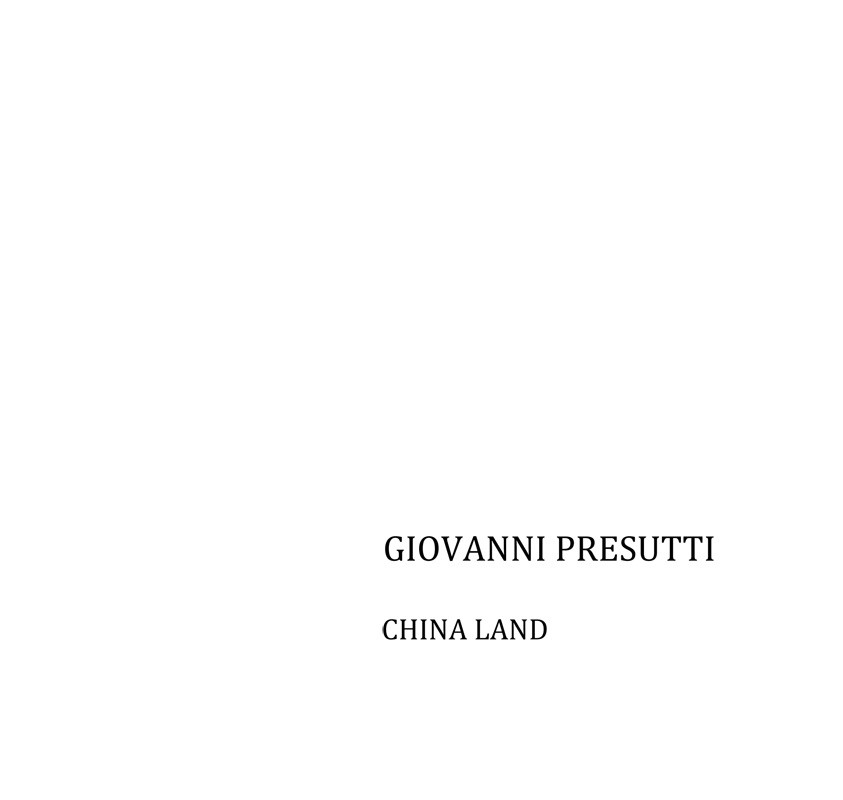 Giovanni Presutti accustomed us to many di erent things with his pictures - his imaginary constructs that push us to go through the thin layer separating reality from illusion. To make it simple, he displaces our perception. He builds pseudo-worlds in which we find all the traits of the human condition of pretense, dependency, inurement, distress, and inhibition. In China Land, his view is even more uchronic. We are in Prato, the place in Europe with the highest ratio of Chinese inhabitants within the population. Starting from the 90’s, immigration has been increasing and unstoppable. They said that they were coming from Wenzhou. Also, that they work like machines. They had this in common with the local entrepreneurs and for while they intermingled with them with their activities: they opened small laboratories and worked with fabrics not caring much about hygiene and safety rules. Until the world crisis happened, that brought all the Pratesi to their knees and giving the Chineses the control of the town, the supremacy of cultural symbols. In a short time, the Chinese community seized the historical centre and layed down their language and habits, covering the walls with colorful signs. The Duomo has turned into a shopping area, inside the Castello dell’Imperatore (Emperor’s Castle) there is a restaurant waiting on wontons. Especially the worship monuments are re-organized, therefore San Domenico becomes a wedding agency and San Francesco hosts fashion courses. At night the streets are deserted and the curfew is all the week long. Within this “Dickian” perspective of an uncertain outcome and subtly ironic is the thought by Presutti. It may take the observer to have to look at them in the deep, because both in this as in other of his projects, there is no story told. It is the whole process, throughout all its deviations, to build itself as a narrative organism. With China Land, Presutti aims to consolidate the isotopic belonging to place, the coherent semantic of science fiction. He is away apart from any conceit of modern objectivity. It seems like the photographer did not care about the authenticity of reality and almost unconsciously he was parroting Susan Sontag: - Chineses fight against the photographic dismemberment of reality. They do not use close-ups. They never portrait the details, not even those of antiques and masterpieces in the museums: the subject is always pictured from the front, centred, uniformly enlighted, entirely. - On the contrary, the aim of disassembling by Presutti is nourished with details, marking his territory through small additions and subtractions of meaning. The commercial sings are especially marked, that became the last flags in an environment of geographic dissolution, imitations and technological puppets, with an advertising aftertaste. Sontag wrote: - What is separated within reality, pictures can assemble them - and this is the experiment that Presutti is repeating, putting ourselves in a di erent way in front of reality, neurosis, the masked needs of contemporary men, the nowhere of consumption, the fear for what is di erent that - above all - is inside ourselves. Time splits apart, future is already present. Photography zoomes on reality. Now, it is up to the audience to invade the stage. Presutti is damnably post-modern in his moves along the border between documentary and fiction. His hybrid and concise images do not state the reality but they mark its simulacrum. Almost a cinematographic set-up, an original space-time continuum, paradoxically, almost alien. Nonetheless, Prato is more than one more “China-Town”. Likewise other authors clearly post-modern in their aims - e.g. Je Wall, Stan Douglas, Gregory Crewdson - under an illusory artificiality, Presutti reveals a discrete attention to social issues and the significancy of visual means. Prato is here, but somewhere else. Maybe is the ability of “not to see” like a no remembering - an archetype of the contemporary life? 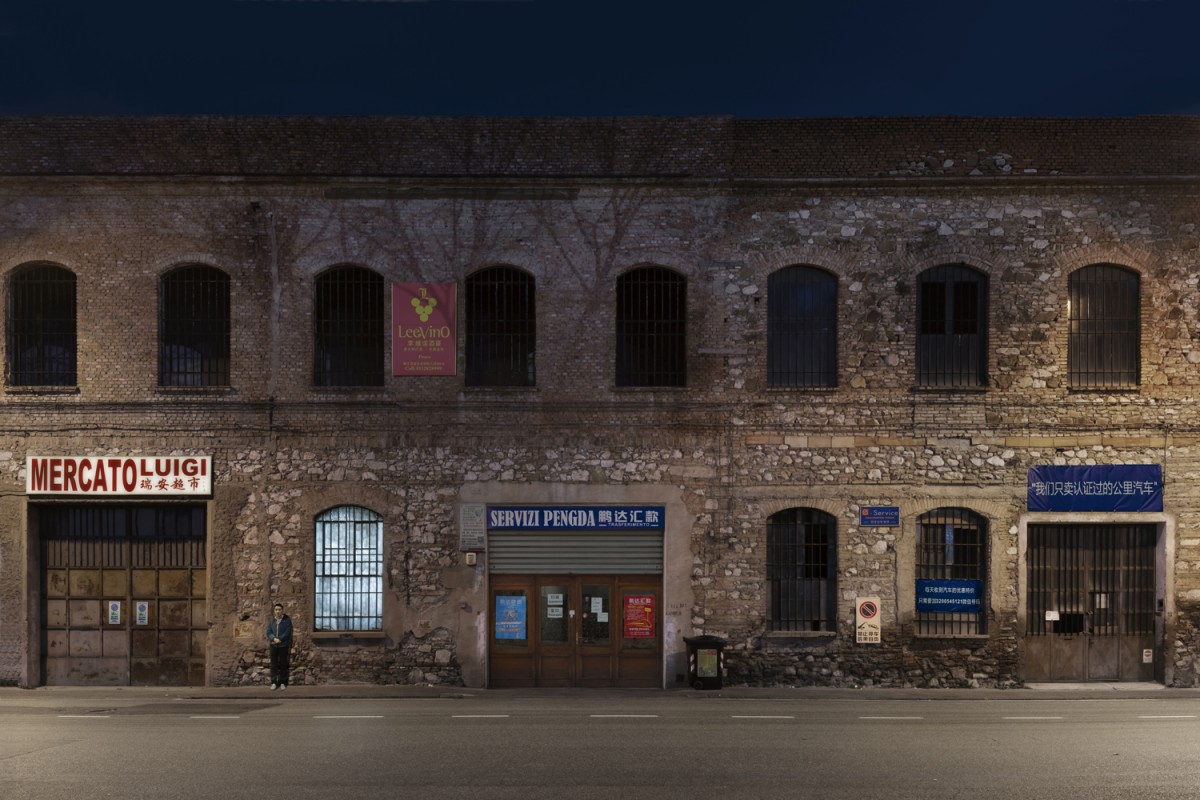 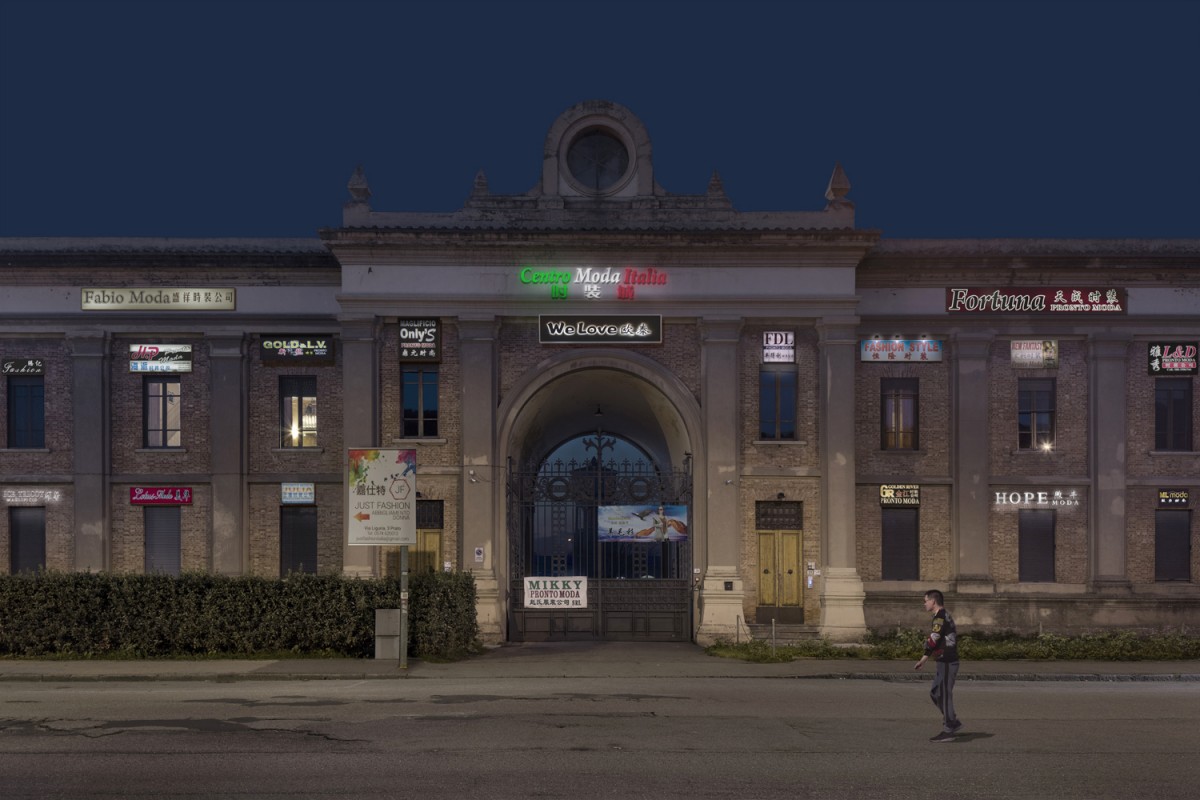 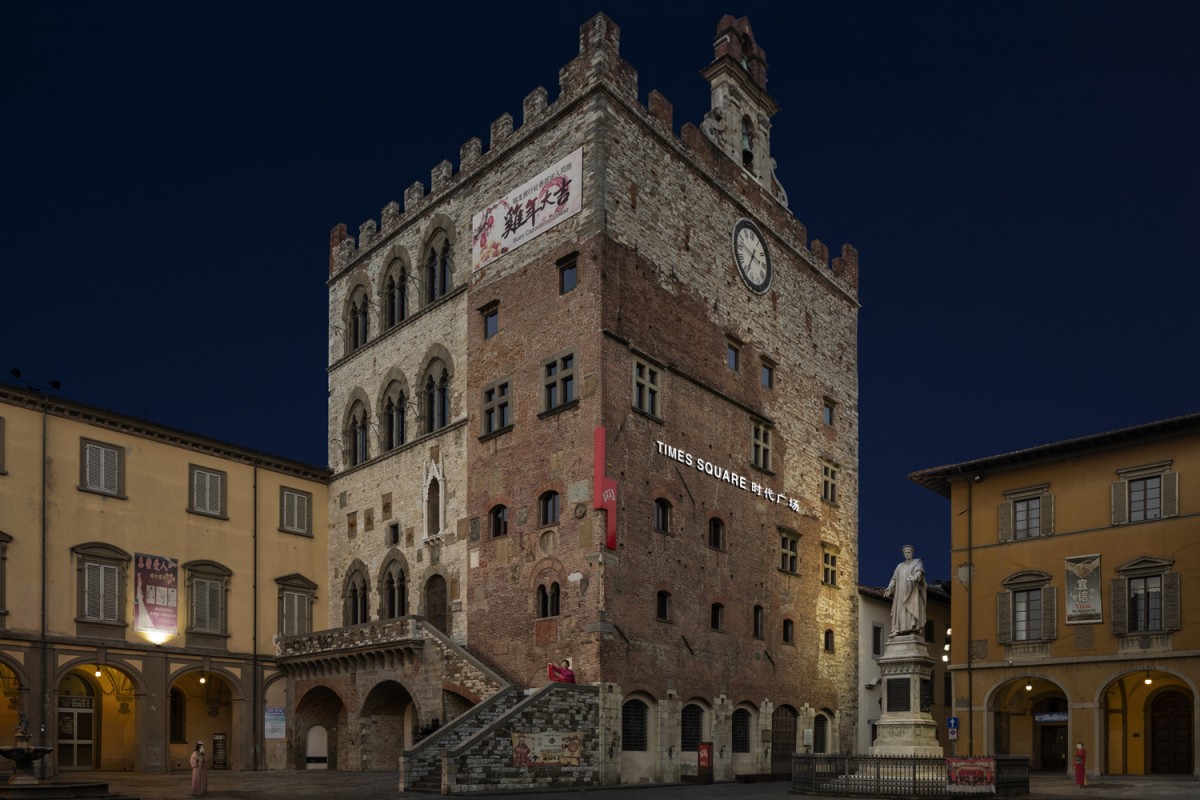 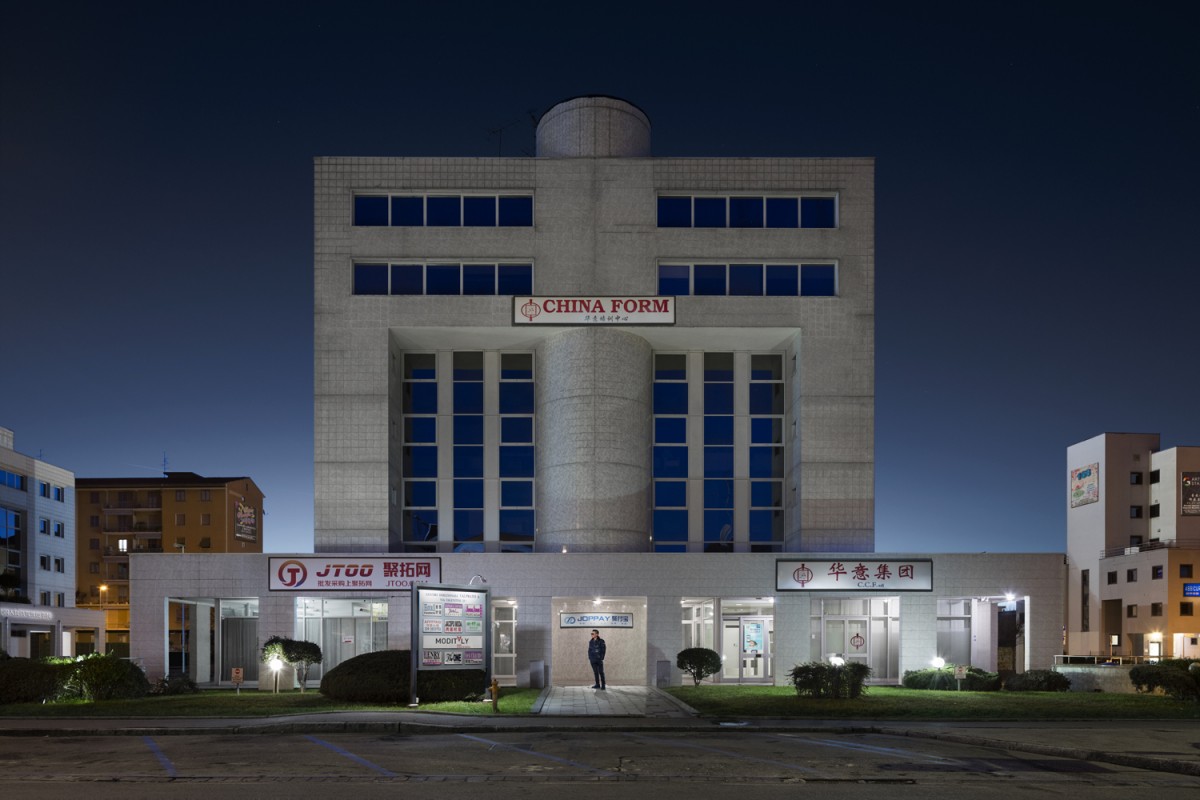 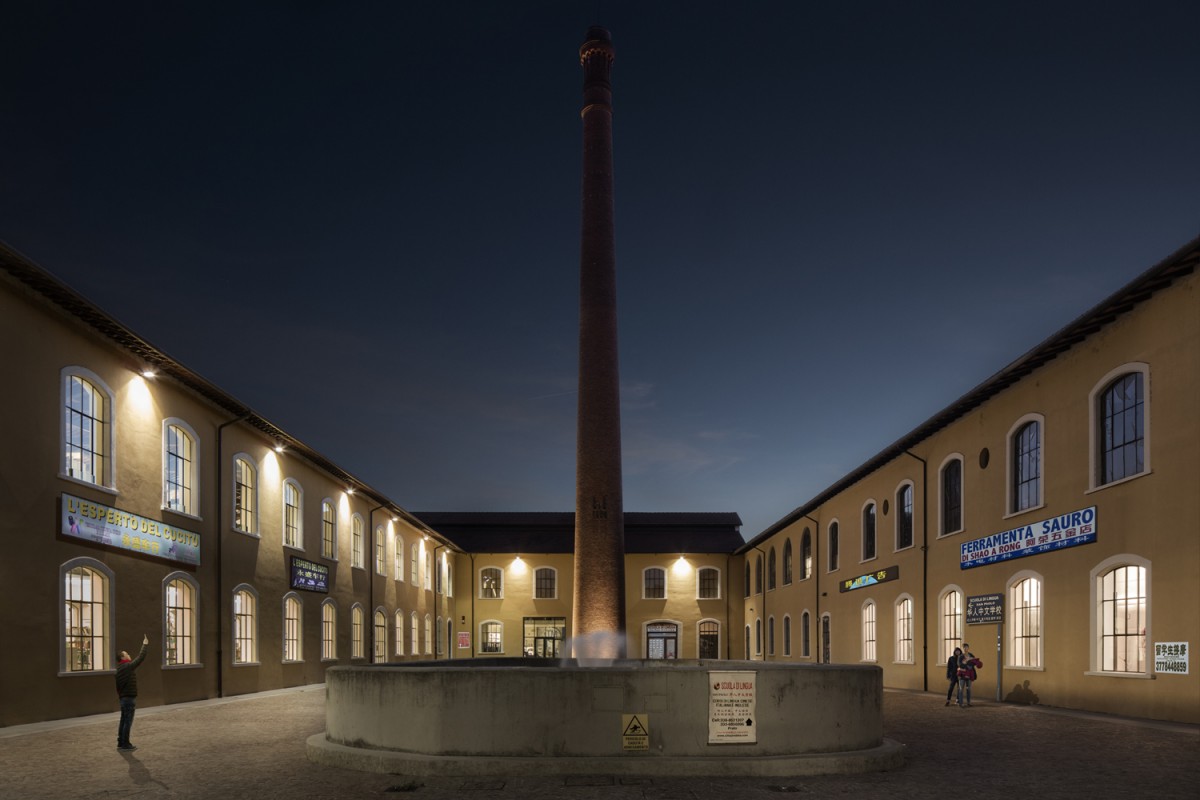 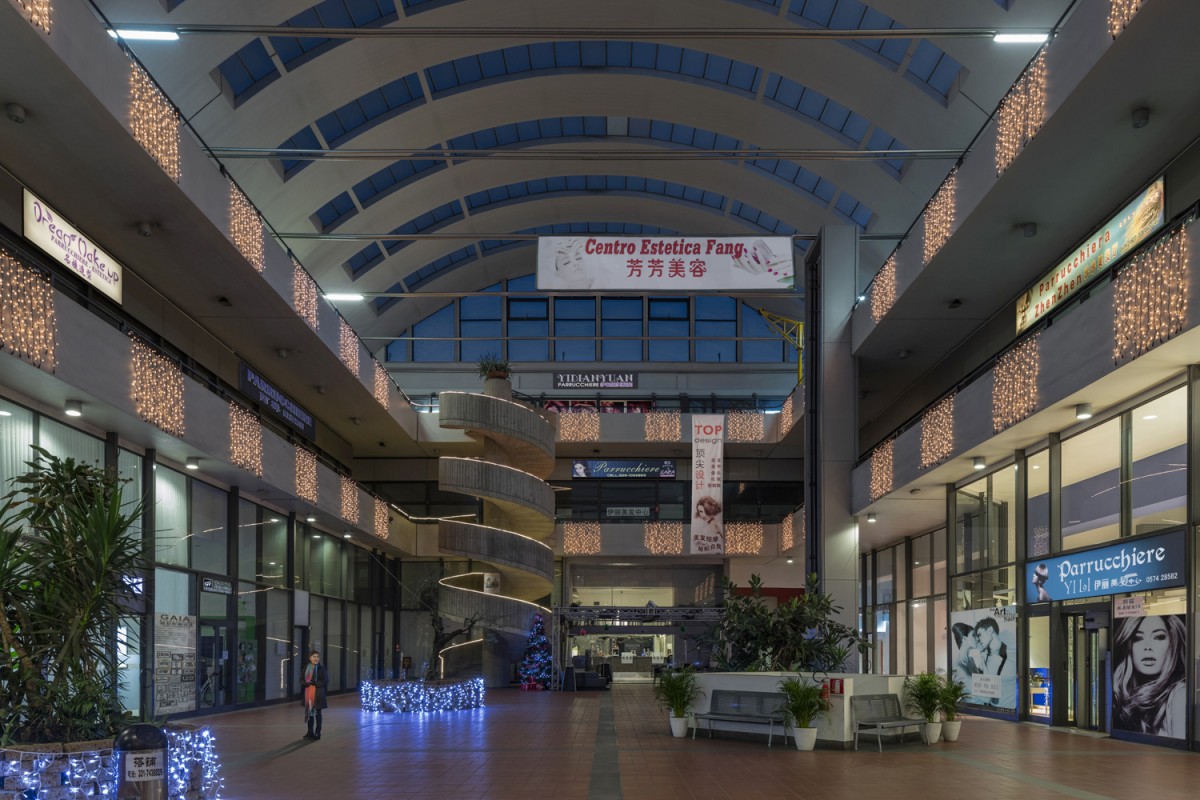 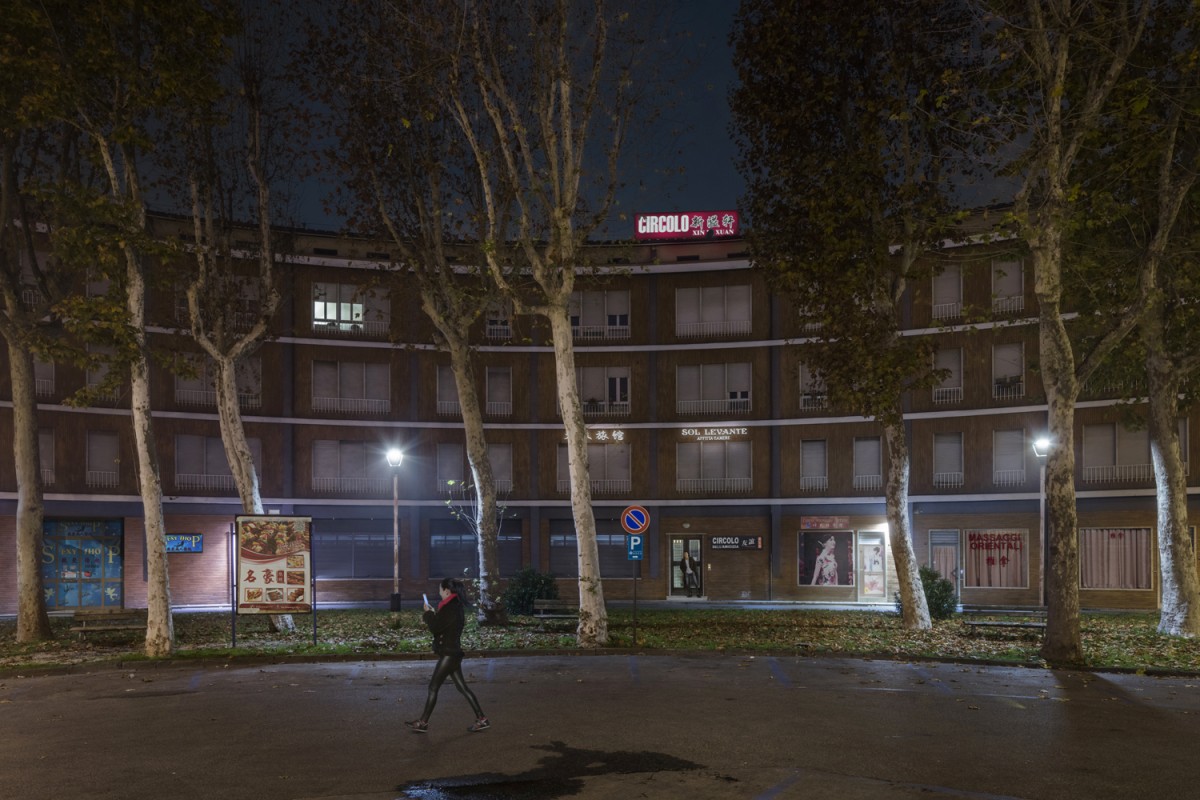